How To Cook Low Carb ANZAC Cookies With Karen From Ketohh

Anzac biscuits were initially known as Soldiers’ Biscuits. After the landing on Gallipoli by Australian and New Zealand troops (the Anzac’s) in World War 1, they were renamed ANZAC Biscuits. Many believed that these biscuits were sent to soldiers on the line, but that isn’t true. In fact, they often featured at fetes and fundraisers, where they were sold to raise money for the war. 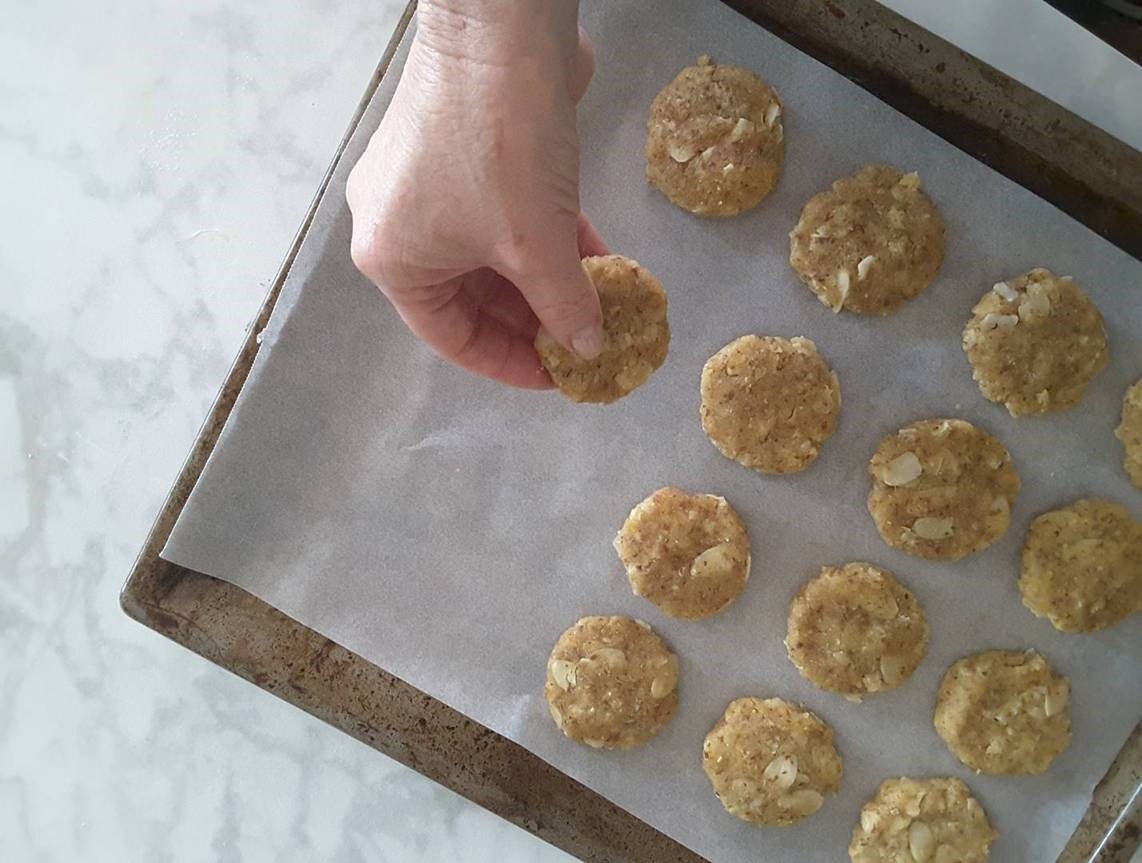 Traditionally the ingredients used in these biscuits were oats, sugar, flour, coconut, butter, golden syrup, bi-carb and boiling water. Because of their historical military connection with the ANZAC’s, these biscuits are still often used for fundraising for the returned services league.

Oats, sugar and golden syrup have been replaced in this sugar-free version of Low Carb Anzac Biscuits. Basically, the sugar and processed carbs have been replaced with almonds and a low carb sweetener. There is no compromise on taste though with this recipe. Whilst not exactly the same as the original, these still taste superb and still manage to have a  wonderful buttery, slightly caramelized flavor. Low Carb Anzac Biscuits have very little impact on your blood sugar levels, making them ideal for anyone watching their carbs and also for diabetics.

If you are looking for some other fabulous low carb cookie recipes, check out these other recipes on this website. All are easy to make and are perfect sugar-free snacks to have on hand for a healthy treat. Low Carb Chocolate Chip Cookies are really lovely, and I also highly recommend you try making some Low Carb Vanilla Macadamia Cookies.

I hope you enjoy this recipe as much as I do. 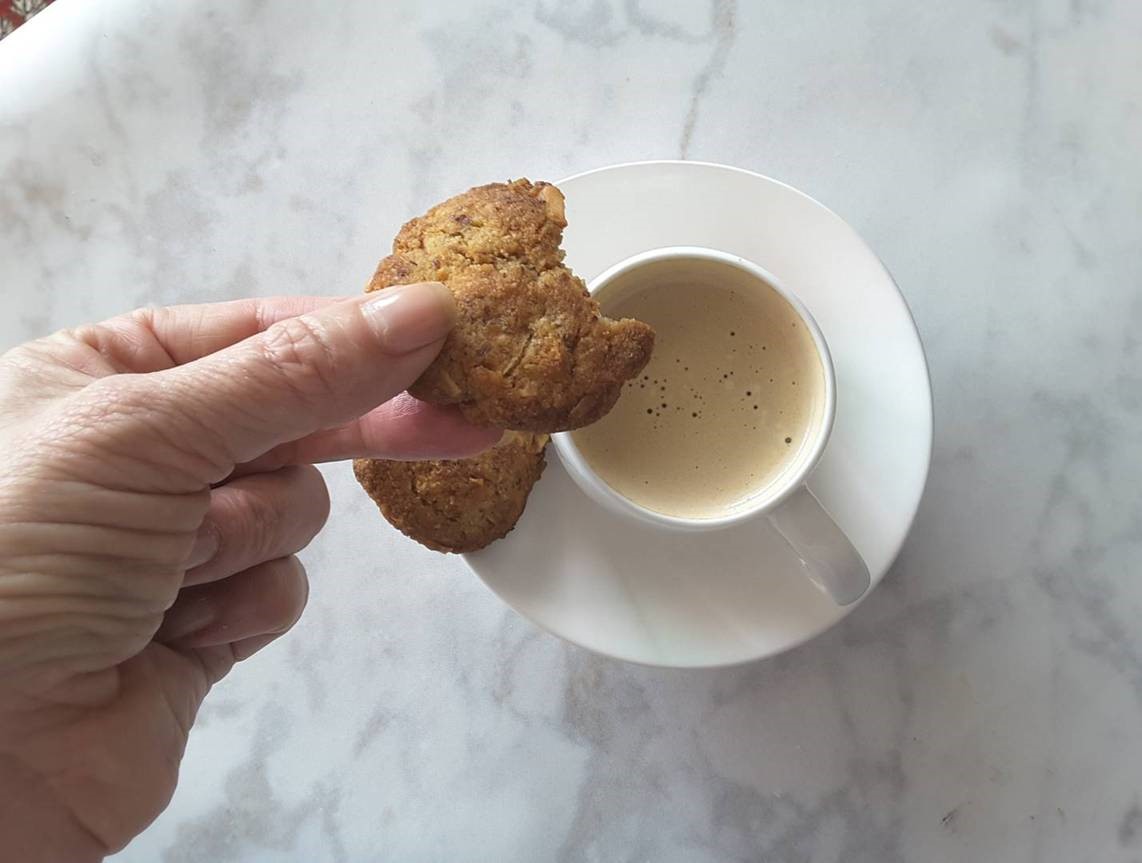 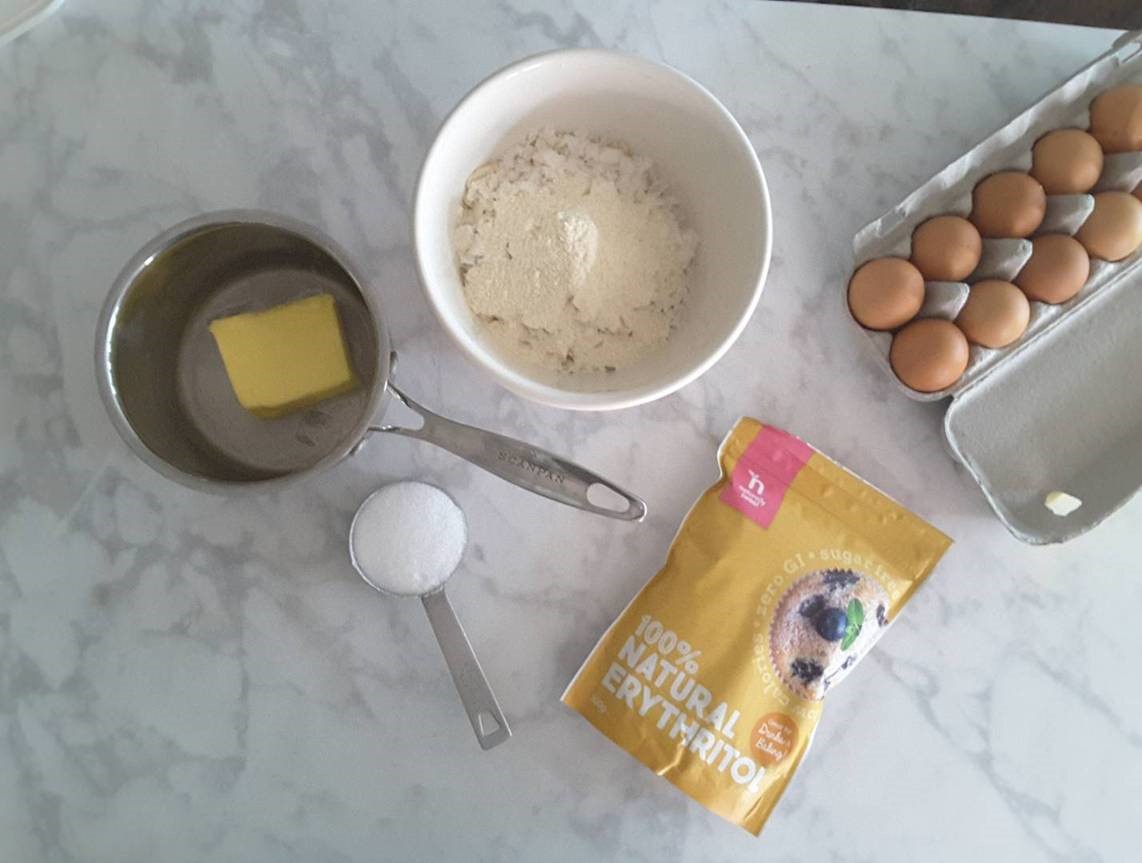 Melt the butter and the Erythritol in a medium sized saucepan on medium heat. Continue to heat until the butter starts to caramelize slightly, for approximately another 5 minutes. Turn the heat off and add the baking powder to the mixture, stirring until it is combined.

Mix all of the dry ingredients together in a large mixing bowl. Stir through the butter mixture and add the egg and vanilla extract. Mix till well combined.

Using a tablespoon measure, shape cookie dough into balls and then flatten into cookies. Lay on a prepared baking tray with a small gap for spreading and bake for 10-12 minutes or until golden.

Allow cookies to cool on the tray before moving to a cooling rack. Cookies will crispen up as they cool if you used Erythritol as the sweetener.

Store in an airtight container.

You have no items in your shopping cart.

Sign-up to our newsletter receive the latest news, recipes and offers...

{{var product.name}}
Has Been Added to Your Cart

Continue shopping View cart & checkout
{{var product.name}}
Has Been Removed From Your Cart